Taf Wallet was born in 1902. He has a definite gift for drawing and then followed courses at the Academy of Fine Arts in Mons. In 1922 he goes up to Brussels to study for 4 years at the Academy of Fine Arts of Brussels. A few composition prizes made him famous and a scholarship enabled him to travel, notably to Italy. The year 1928 saw the creation of the Nervia group of which he was one of the co-founders. Nervia's work highlights the existence of Walloon art but also aims to encourage young artists. If Nervia is above all artists who decide to make themselves heard and to make known an artistic approach which does not wish to limit itself to expressionism, it is also a group of friends. Anto Carte, Louis Buisseret, Léon Devos, Léon Navez, Frans Depooter, Pierre Paulus and Rodolphe Strebelle are complementary in their techniques, their research and their desire to see their art evolve. The trip to Italy allowed him to discover the artists of the Italian Renaissance at close quarters: the lines, the pre-eminence of drawing, but also the materials and the luminosity. A little later, he was inspired by the Flemish masters of the 16th century, which gave rise to a whole series of still lifes. The discovery of the North Sea, its harbours and booms led him to study shadow lines and impasto colours. In the 1940s, he gradually gave up painting figures; the subject became too obsessive: "A painting is not a subject, it is above all colour". He began to paint on the beach, with his feet in the water; he worked in the manner of Ensor, with more and more vivid tones in flat tones of colour. In the 1960s, the play of light appears more and more in the painter's compositions, until pointillism appears, which will mark the part of his most famous work. He then studies Turner's work, is particularly impressed by his work and the vibration of light obtained by it, takes notes on the wind, the time, the orientation when he paints on the beach... And the subject tends to disappear, leaving only the light. 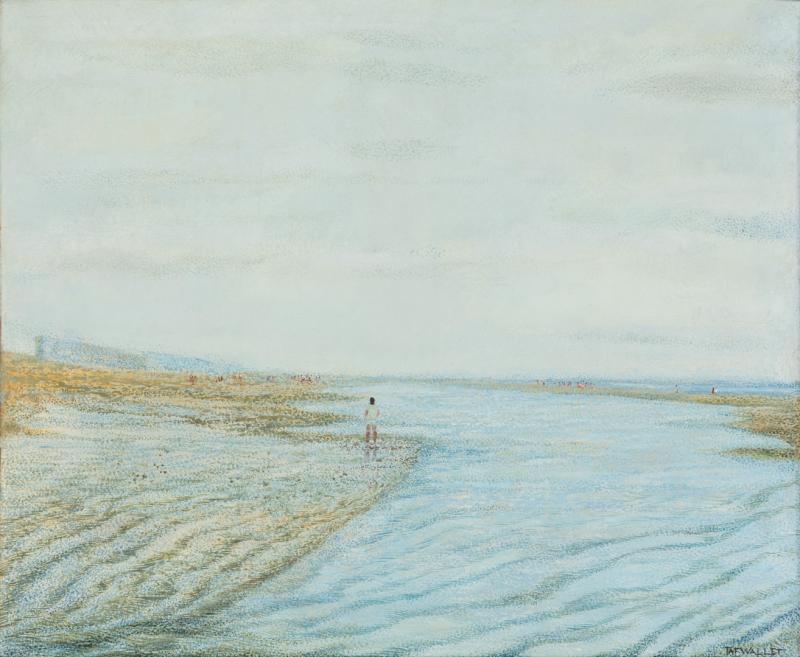 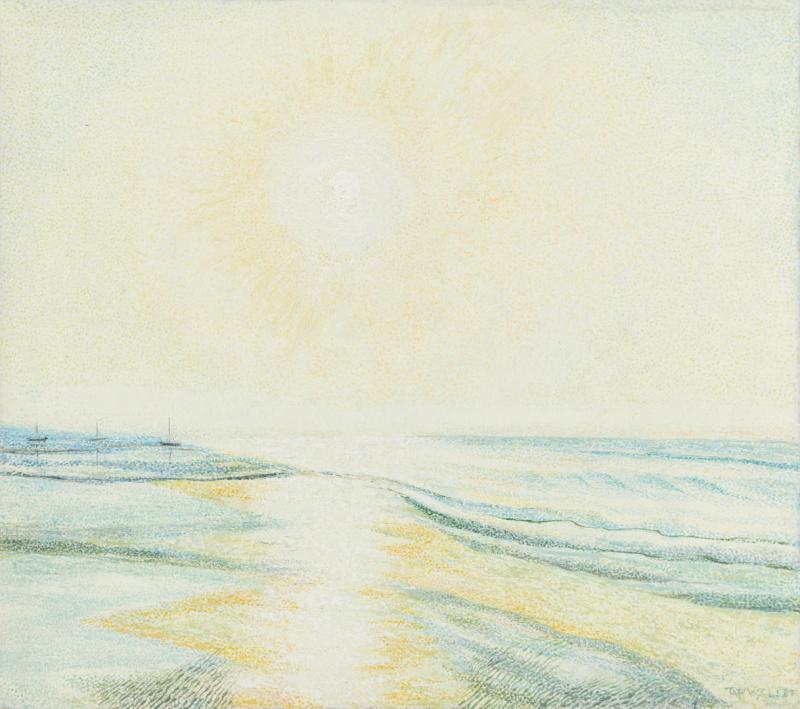 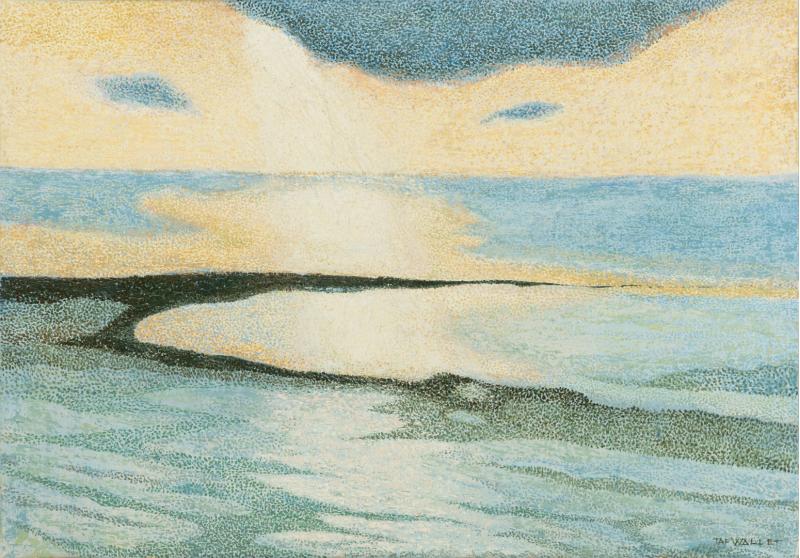 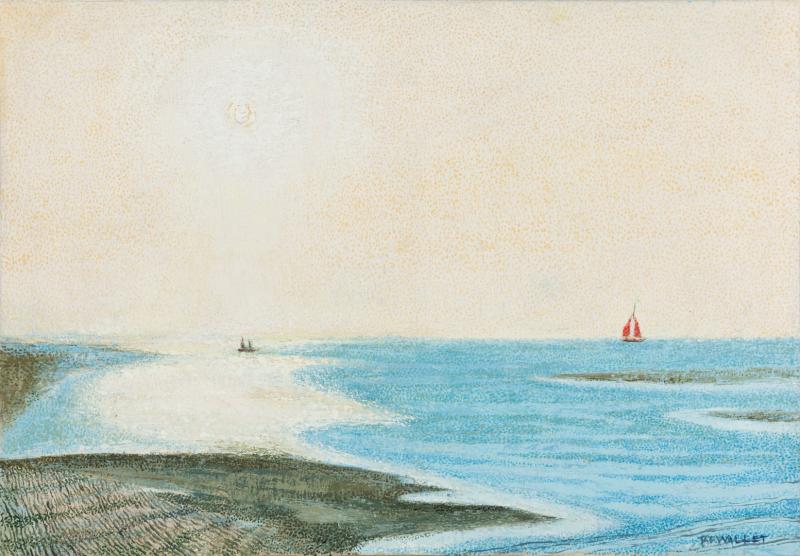 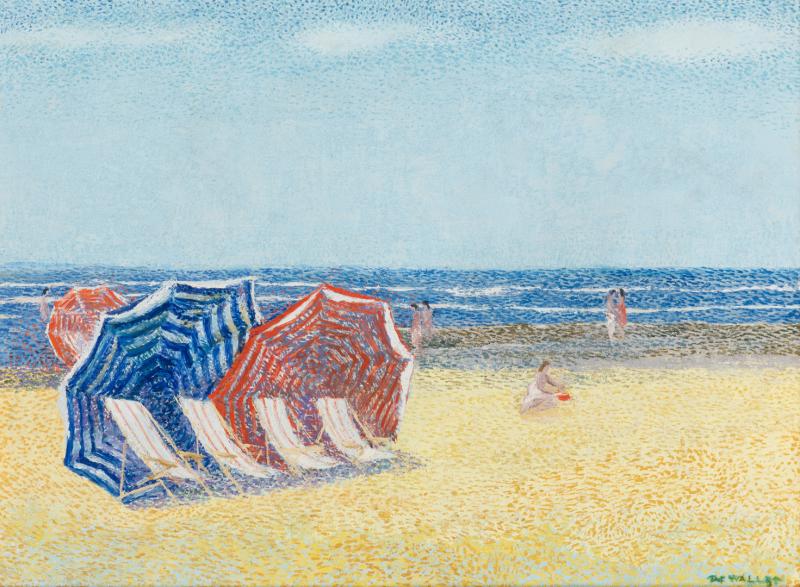 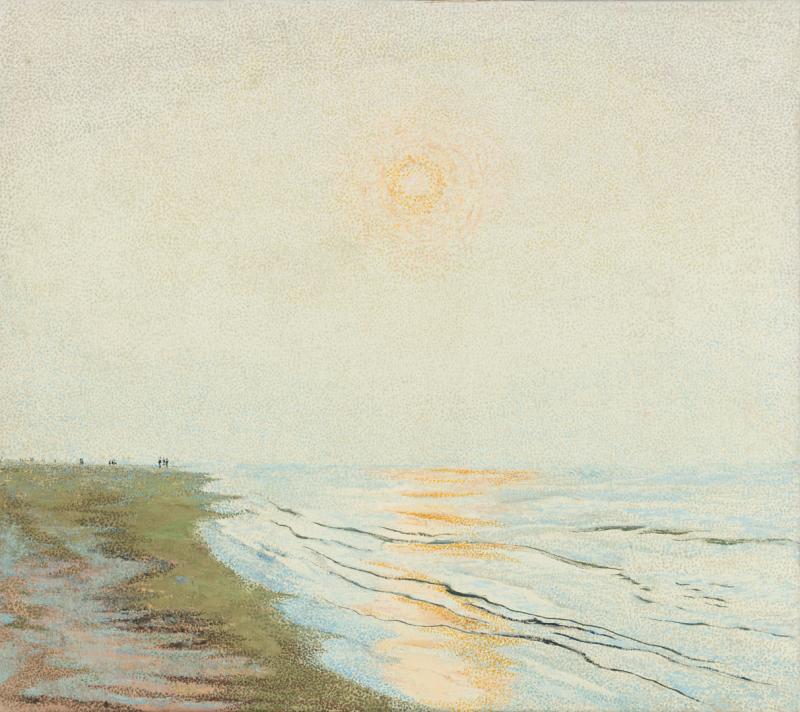 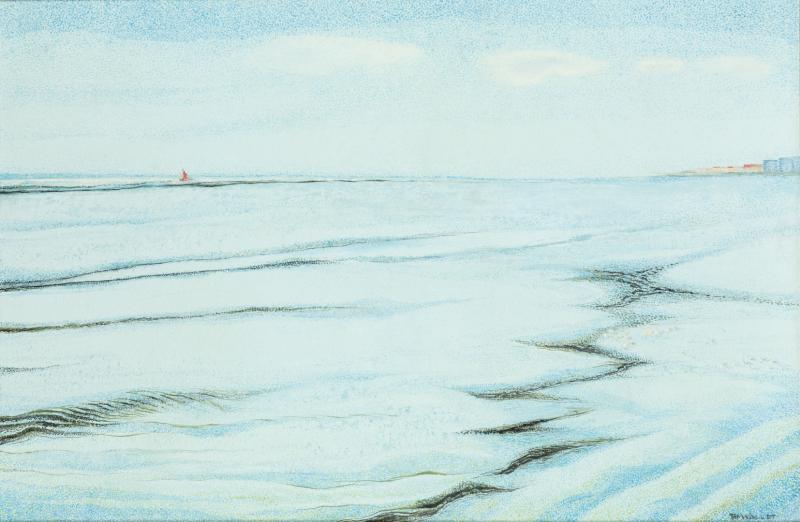