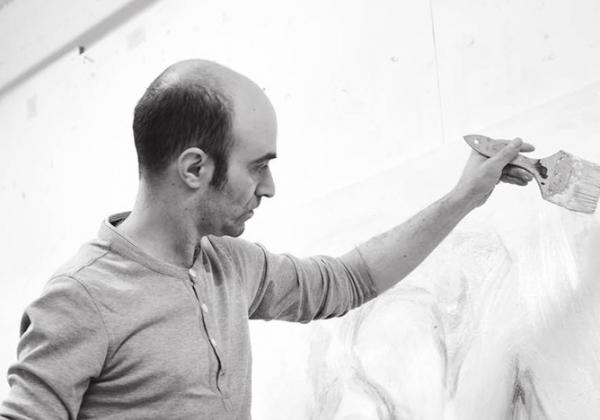 Dany Danino draws flat as in the Asian tradition or in the abstract expressionist Jackson Pollock's work, turning around the sheet of paper sometimes to saturation, sometimes lacunately, omitting to cover part of the support. Inside, an almost volcanic chaos plays itself out. A vast inky magma that dissolves and absorbs beings, things and forms, spreads out in layers. Pell-mell fighting for their salvation, mechanical, floral, mineral, human and galactic elements, spectral and evanescent forms invite to approach the work, so much its global perception seems impossible. Danino finds in the disorder a fertile playground.
The question of the positioning of the spectator's body in front of the work intervenes in almost all his works. The artist uses recto-verso, panoramic as an extension of the visual field or requires its displacement as in this monumental work placed in the staircase. Printed on canvas and enhanced with acrylic to erase the manufactured side, a hanging sparrow is placed opposite its original matrix drawing. Danino plays with scales and reverses the relationship from dominated to dominant depending on your point of observation. 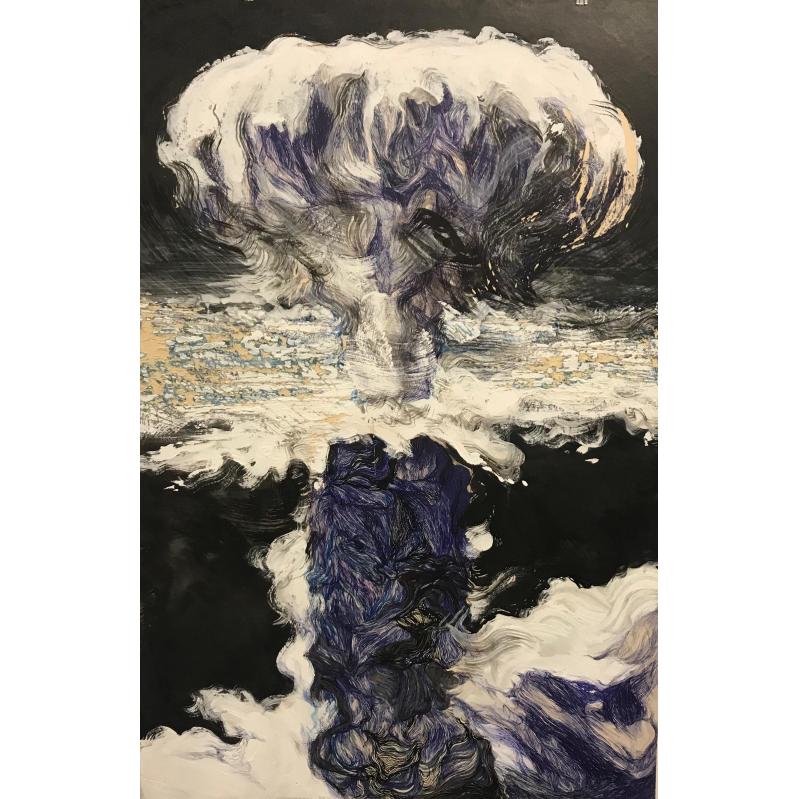 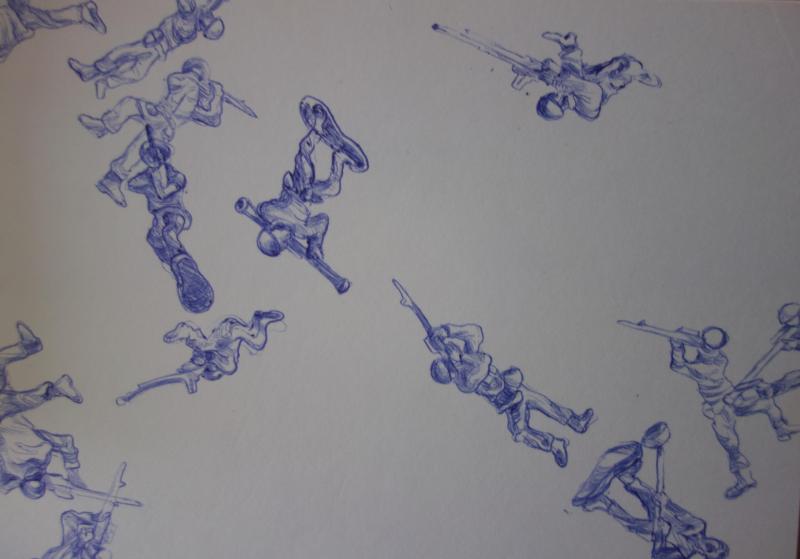 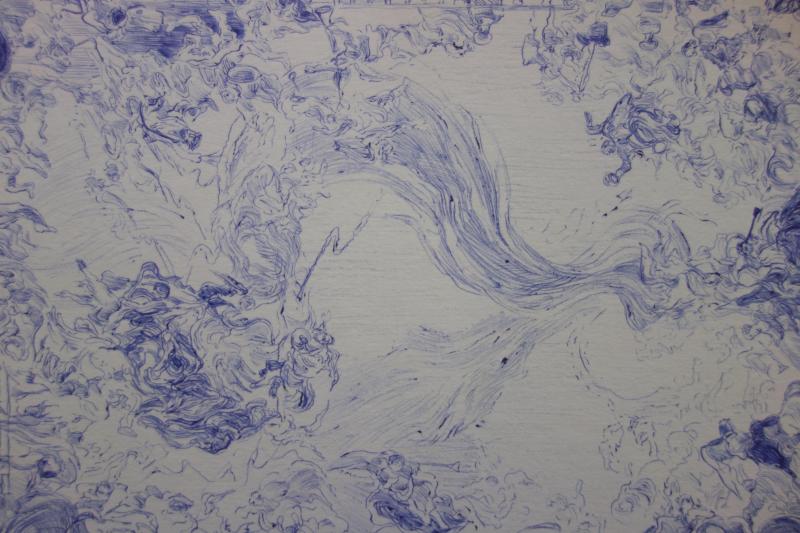 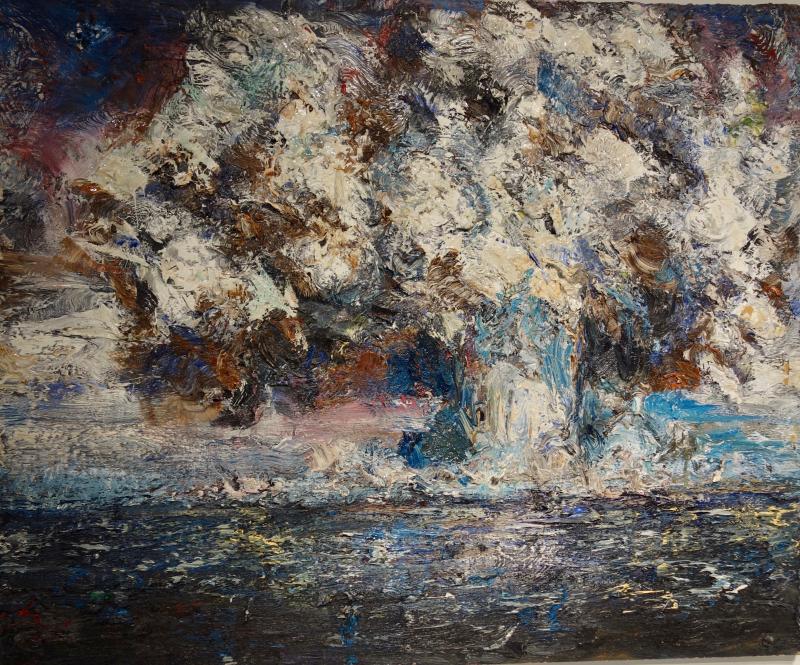 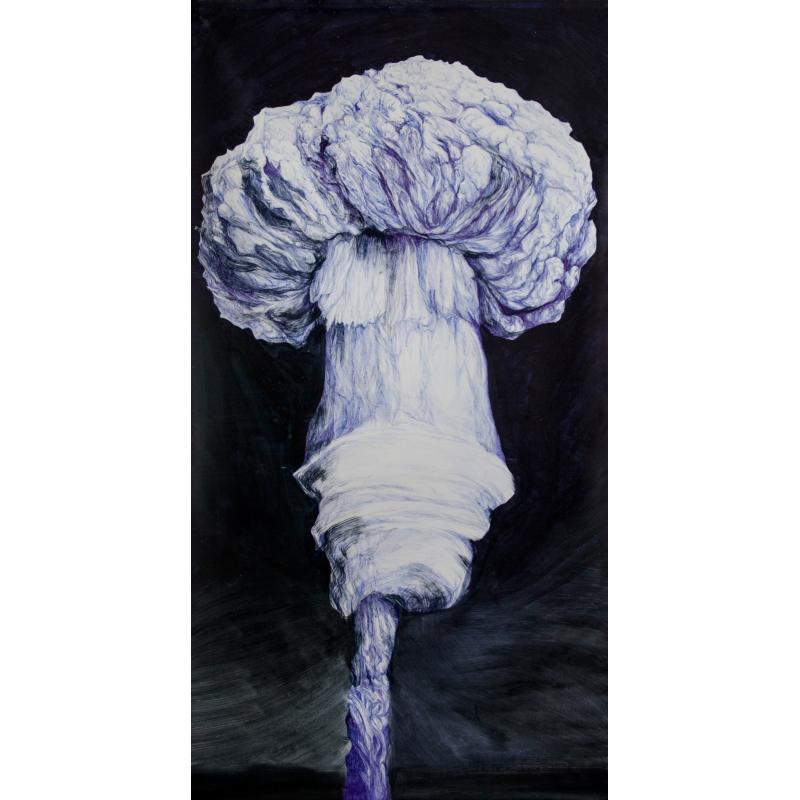 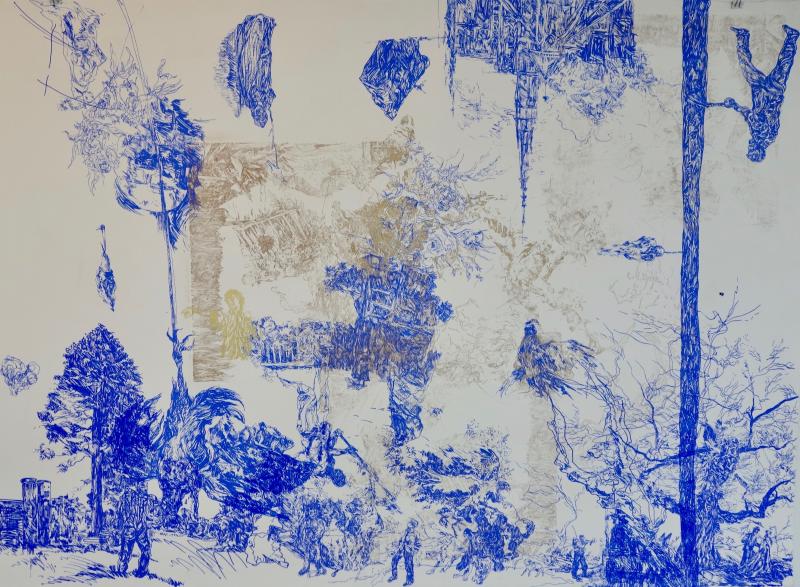 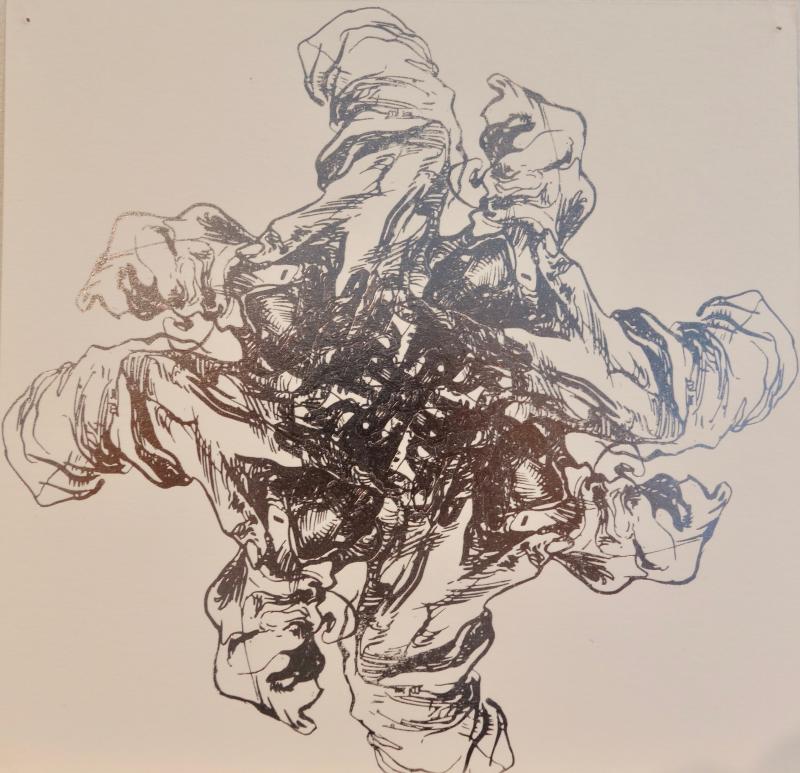 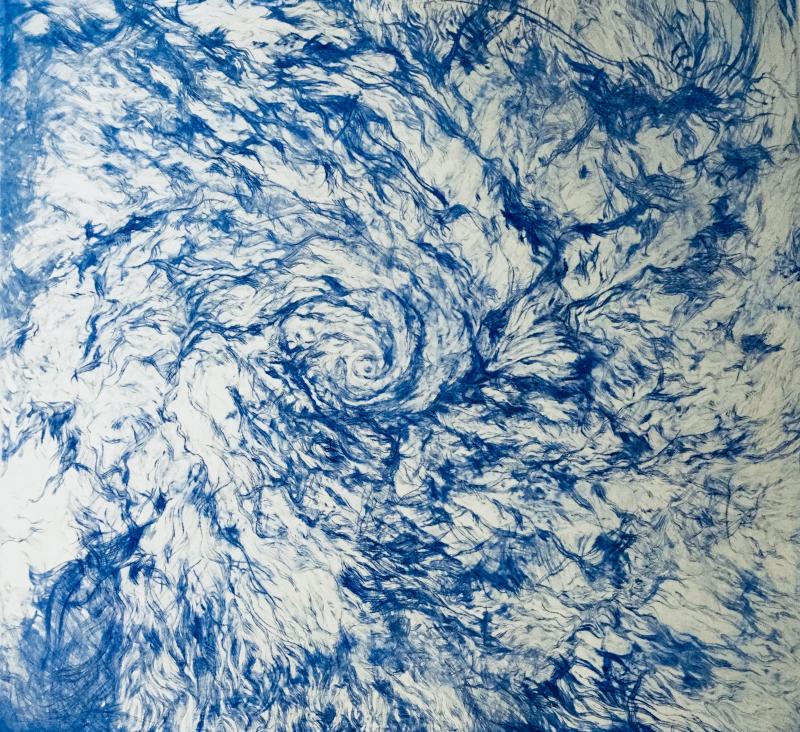 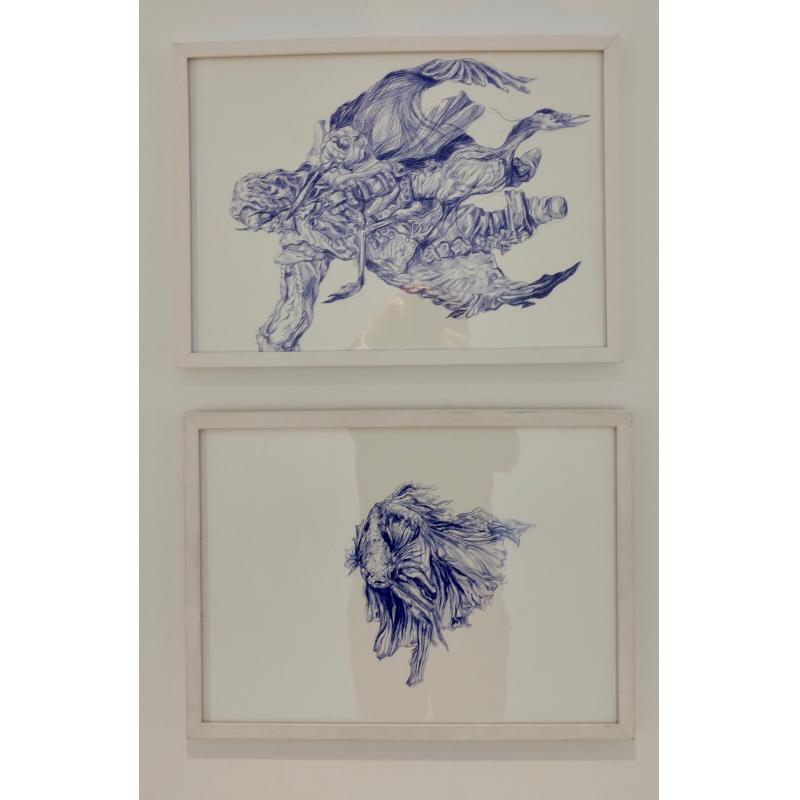 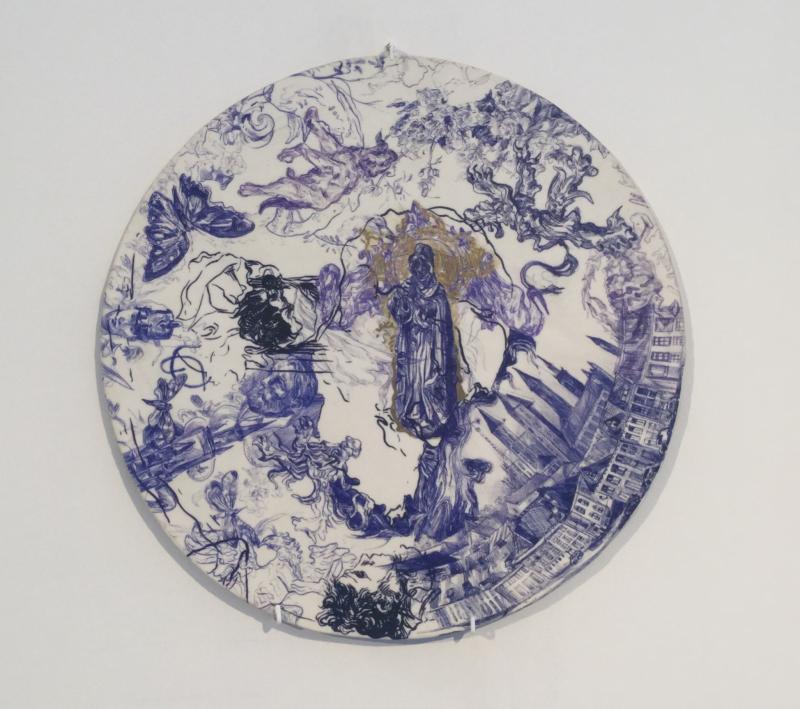 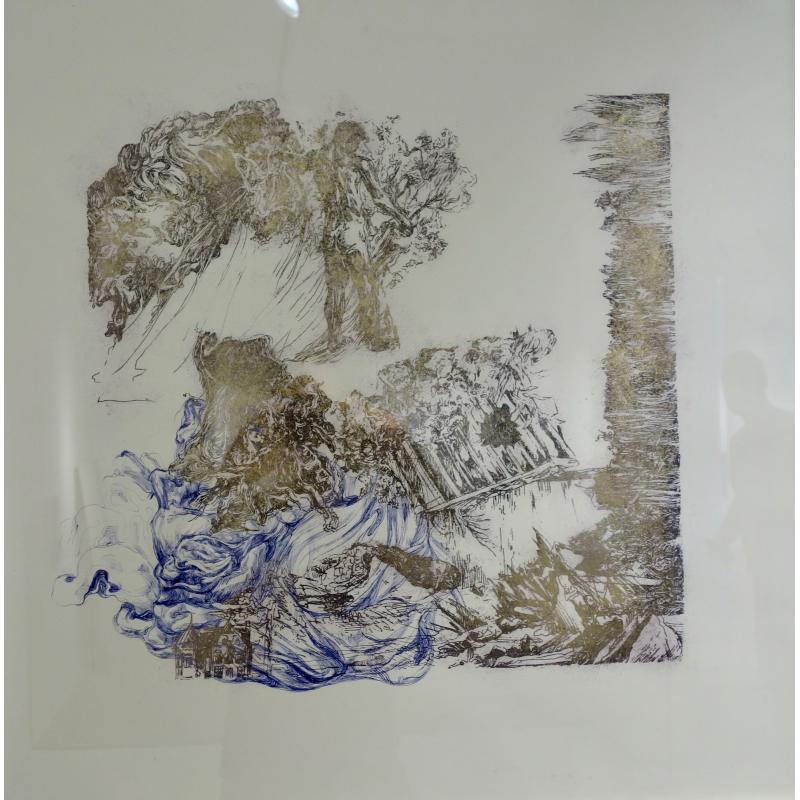 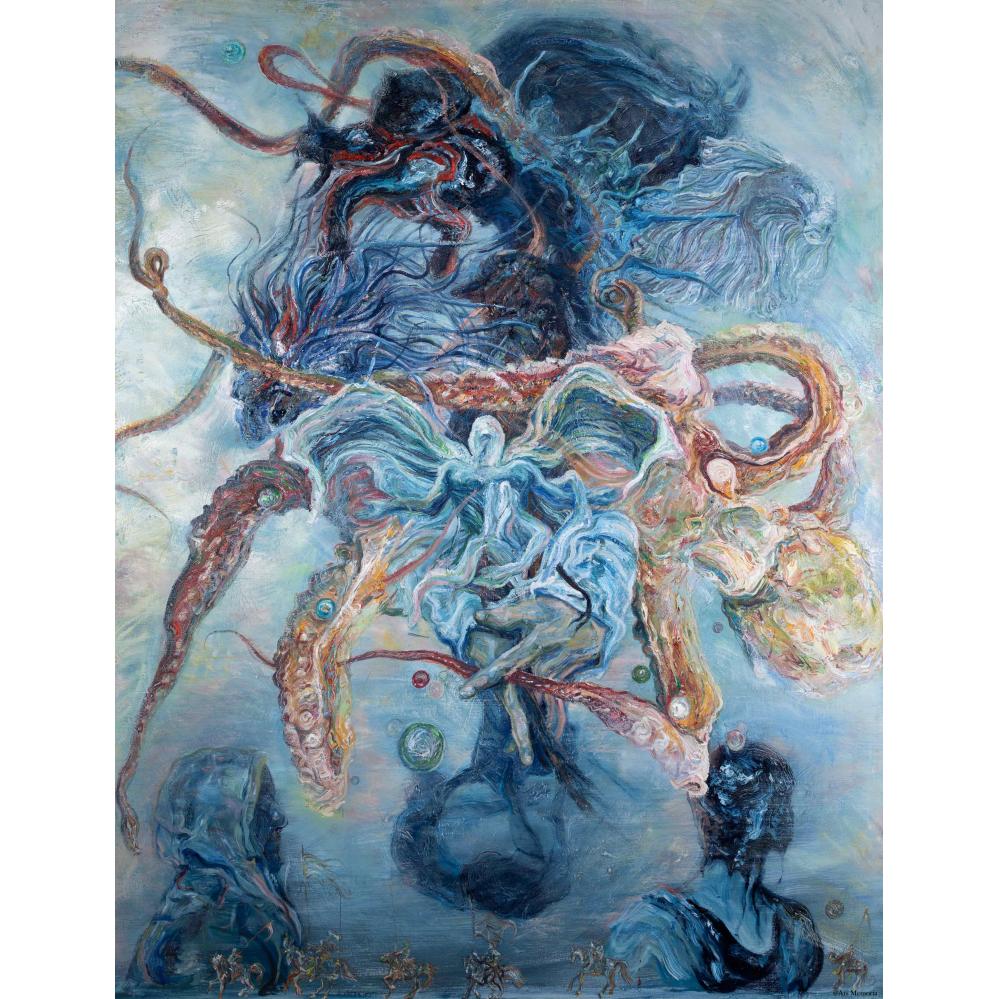 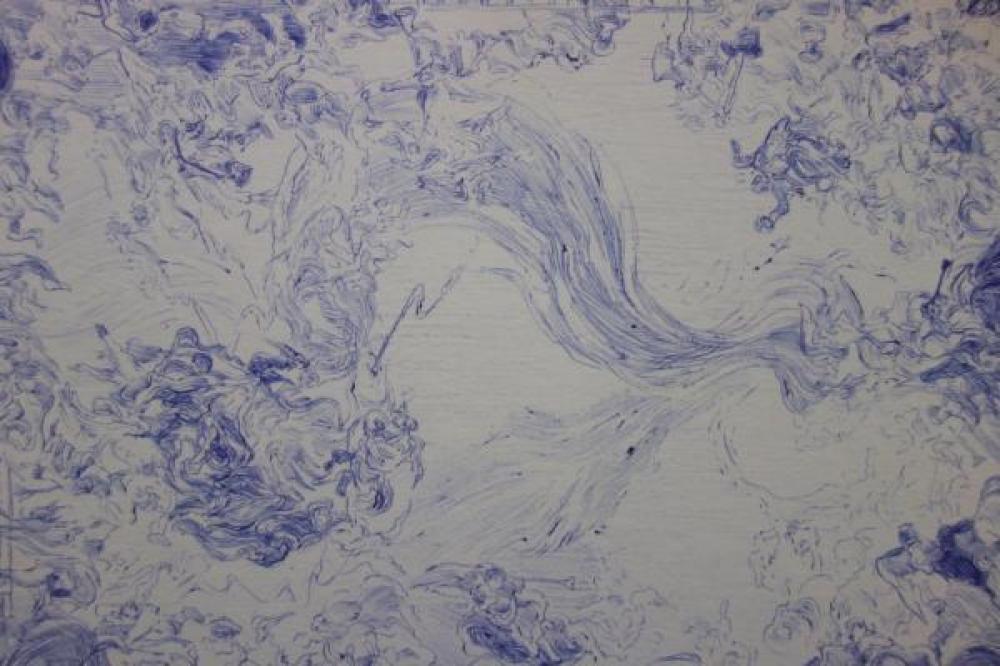 discover
Twelve years of blue
Back to all artists