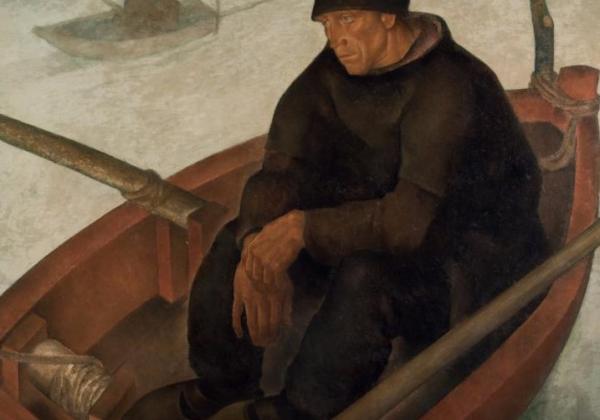 Attracted by painting and gifted at drawing, this carpenter's son had to wait until the 1920s to see his talents recognized. Antoine Carte, from his civil status name, was noticed by the director of the Fine Arts section of the Carnegie Institute and the sixty paintings presented in Pittsburgh were all sold (1924). This American triumph called for others: Spain and then Italy. Hired as a professor at the Institut supérieur des Arts décoratifs de la Cambre (1929), he succeeded his master, Constant Montald, as professor of decorative and monumental painting at the Brussels Academy of Fine Arts (1932). Co-founder of the Nervia group, a painter both expressionist and symbolist of religious subjects, genre scenes and landscapes, Anto-Carte depicts workers, women and children, with a characteristic sharpness of line, in the manner of an image-maker.

No available piece at this time from Carte Anto.