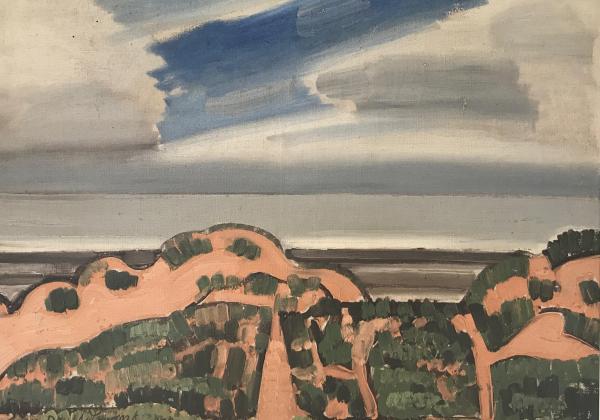 Jean Brusselmans, born in Brussels on 13 June 1884 and died in Dilbeek on 9 January 1953 (at the age of 68), is a Belgian painter.
Brusselmans began his career as an engraver and lithographer, but turned to painting after 1904 after training at the Brussels Academy.
His first works, from 1900 to 1912, follow both the realist and impressionist currents. Between 1912 and 1920 he had a Fauvist period, under the influence of his friends Auguste Oleffe, Rik Wouters and Ferdinand Schirren.
From 1920 onwards, Brusselmans developed his own geometric style.
From 1924 until his death in 1953, he lived in Dilbeek.

No available piece at this time from Brusselmans Jean.