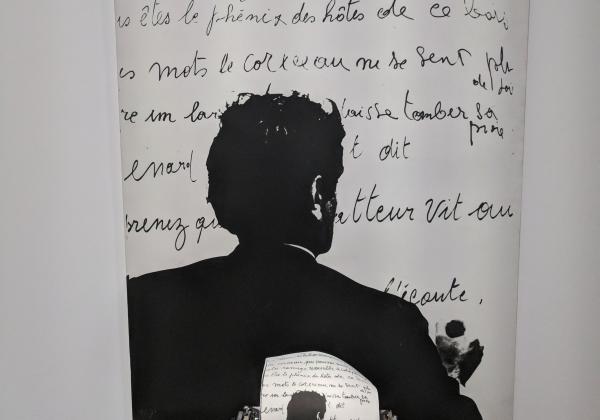 Marcel Broodthaers first devoted himself to poetry from 1942 onwards. In 1943, he joined the Communist Party and in 1947 was one of the signatories of the leaflet La Cause est entendue, published in Paris, against André Breton, by the Surrealist Revolutionaries of France and Belgium. Between 1957 and 1964, he published four collections of poems. At the same time, Marcel Broodthaers will exercise, in Paris or Brussels, many professions such as art critic, bookseller, photographer, film director, bookseller, plumber's assistant, guide-lecturer, night watchman, but above all he will have an activity as a poet before becoming also a visual artist. Broodthaers thus created saleable objects, of which Pense-bête (1964) is the founding act of his practice.
Following in Marcel Duchamp's footsteps, he cast in plaster the unsold items from his poem Pense-bête, which then became a work of art.
museums.

No available piece at this time from Broodthaers Marcel.